Share a memory
Obituary & Services
Condolences
Read more about the life story of Constant and share your memory.

It is with profound sadness that we announce the sudden passing of Constant, our husband, father, grandfather, and brother-in-law, on January 14, 2023, surrounded by loved ones. Left to cherish his memory is his wife of nearly 60 years Irène (nee Daoust); daughters Michelle (Ivan) and Rachelle (Chris); and two grandchildren, Damon and Camryn Nash,; along with brother Lionel. He was predeceased by his father Gustave, mother Estelle, brother Rhéal and sister Jocelyne.

Dad was born April 29, 1941 in Fannystelle, Manitoba. His mother passed away in 1952, when he was 10. His father sent him to boarding school in St. Boniface, and then he went to Saint Paul College. During college years, he was busy playing hockey, ping pong and barouche (card game).

Dad’s first job after college was a teller at the Banque Canadienne National. After 10 months, he realized that this was not his chosen career. He returned to the family farm. In 1962, he bought land and started to farm on his own. In November 1963, he wed Irene, and bought a house in the town of Fannystelle. At this point, they started to manage the town post office. Between farming and the post office, life was busy! In winter, Dad worked construction to help with living expenses. He was an active volunteer in the community and often stepped up to help at the community hall, the curling rink, or the church.

In 1964, Michelle was born, and in 1970, Rachelle was added. In 1973, Dad and Mom left the post office and moved to the farm permanently. Dad loved to have a good time and had a great sense of humour. He had a big personality… if he teased you, he liked you. He was quite fond of curling and ping pong “tournaments” held in the basement with his buddies.

Dad continued to farm for the next 42 years. He was a diligent farmer and worked hard. Upon retirement, he sold the house, yard and land, and he and Mom moved to Linden Woods in Winnipeg. The last few years were very tough for Dad, but he faced all with courage. His children were his pride, but his grandchildren were special. Always ready to help, we could always count on Dad – no matter what it was. His generosity was relentless, and he always worried about everyone.

The family would like to thank the staff at the St. Boniface Hospital, as well as CancerCare Manitoba.

As per Dad’s wishes, cremation has taken place, and a private family service will be held.

In lieu of flowers, donations can be made to CancerCare Manitoba, 675 McDermot Avenue, Winnipeg, MB  R3E 0V9.

God saw you getting tired

and a cure was not to be.

So He put His arms around you

and whispered “come to me.”

With tearful eyes we watched you,

and saw you pass away.

Although we love you dearly,

we could not make you stay.

God broke our hearts to prove to us,

He only takes the best.

To send flowers to the family or plant a tree in memory of Constant Painchaud, please visit our floral store. 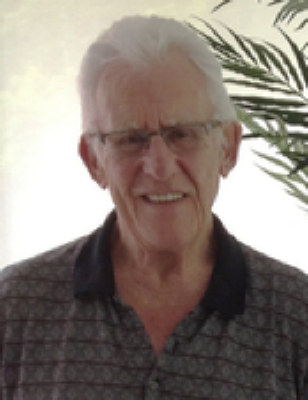 Family and friends are coming together online to create a special keepsake. Every memory left on the online obituary will be automatically included in the book.

You can still show your support by sending flowers directly to the family, or by planting a memorial tree in the memory of Constant Painchaud
SHARE OBITUARY
© 2023 Adam's Funeral Home. All Rights Reserved. Funeral Home website by CFS & TA | Terms of Use | Privacy Policy | Accessibility