Share a memory
Obituary & Services
Condolences
Read more about the life story of Mervin and share your memory.

Peacefully at the Rock Lake Health Centre in Crystal City, Manitoba, Mr. Mervin Geirnaert passed away on Monday, January 9, 2023 at the age of 83 years.

He will be forever loved by his wife of 58 years, Yvonne (née Rheault); his children Paul, Joanne (Tim Sutton) and Robert. He also leaves to mourn his passing his sister Denise Le Neal, his sisters-in-law Cecile Geirnaert and Doreen Geirnaert, and his brother-in-law Ernest (Juliette) Rheault, as well as numerous  nieces, nephews, relatives and friends.

Mervin was born and raised on the farm near Mariapolis, where he also attended school. The love of farming drew him to work alongside his Dad where he resided. He fell in love and married his wife Yvonne. Both faced hours of long hard work. When Mervin slowly retired both he and Yvonne enjoyed gardening, golf cart riding and going out for lunch to local towns. There was always a continued interest in agriculture, farm animals big and small. Mervin on a tractor, a pay loader, gardening tractor, golf cart, we’re some of the happiest moments in his life. He will be dearly missed.

A private family graveside service will be held at a later date.

To send flowers to the family or plant a tree in memory of Mervin Geirnaert, please visit our floral store. 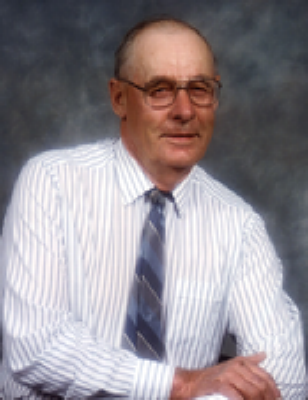 Family and friends are coming together online to create a special keepsake. Every memory left on the online obituary will be automatically included in the book.

You can still show your support by sending flowers directly to the family, or by planting a memorial tree in the memory of Mervin Geirnaert
SHARE OBITUARY
© 2023 Adam's Funeral Home. All Rights Reserved. Funeral Home website by CFS & TA | Terms of Use | Privacy Policy | Accessibility